What does it mean to be Anglican/Episcopalian? 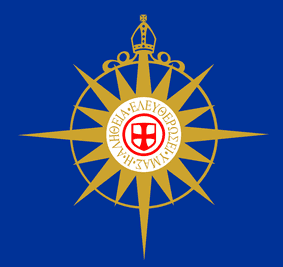 The Episcopal Church is descended from the Church of England, and, through this relationship, can trace its history all the way back to the earliest Christian communities. The Church of England has always been part of the One, Holy and Apostolic Catholic Faith.

The Church of England (and its descendants, known as "Anglican Churches" of which The Episcopal Church is one of thirty-eight) is known for its moderation in regards to its Reformation. This means that the Anglican Churches have maintained some ceremonies and customs that are familiar to those used in the Roman Catholic Church, such as maintaining the oversight of bishops and the use of a written liturgy in our Prayer Book.

The Episcopal Church recognizes itself to be a part of the "one holy and catholic church," meaning the universal fellowship of believers in every country. Like the Roman Catholic Church, Eastern Orthodox Church, and even some Lutheran and Reformed Churches, the Episcopal Church maintains the historic order of bishops, presbyters (also called priests) and deacons, yet, it maintains the biblical doctrine of the priesthood of all believers and the full sufficiency of Christ's one sacrifice for sin. Additionally, all Episcopal priests are permitted to marry, unlike Roman Catholic and Eastern Orthodox priests. It also maintains the use of the historic liturgy, those written prayers treasured by believers of every generation.

The Episcopal Church is committed to the authority of Scripture, as the sole perfect rule of faith, which contains all things necessary for salvation by grace alone through faith alone in the all-sufficient work of Jesus at Calvary. Those who grew up in other Protestant traditions will also feel at home in our services due to our love of great hymns and other treasured songs.

We at St. Augustine's acknowledge the diversity of Anglicanism, united in the foundation of Holy Scripture, and the many ways in which we can express our love of God and our neighbor in true worship of God "in spirit and truth".